"Whosoever holds this hammer, if he be worthy, shall possess the power of Thor..."

Notes: The hammer has a ton of neat uses over the course of its appearances in the MCU; that feature and its status as one of the most recognizable items in the MCU made it the perfect one to start this series. I figured the best way to handle it was a series of Alternate Abilities. The most powerful of these is the hammer-on-chest Binding, which I represented as best I could. I have my own headcanons about what the worthiness enchantment requires (I made several drafts involving Code of Honor), but Selflessness is simpler and still accurate to Thor's character development in Thor 1.

As for the "power of Thor," the PC would have to buy appropriate levels of ST; DR: Tough Skin; Burning Attack with Selectivity, Surge and a lot of modifiers; and probably IT:DR, all with the same Gadget limitations.

All powers of Mjølnir share the following set of limitations:

Note: the hammer's various abilities are implemented as Alternative Abilities. Binding (the most expensive) costs full price, while the rest only cost 1/5 price.

"Hammer Pinning Chest to the Ground"

Although not a part of the item's cost, any user of Mjølnir should also buy the following: 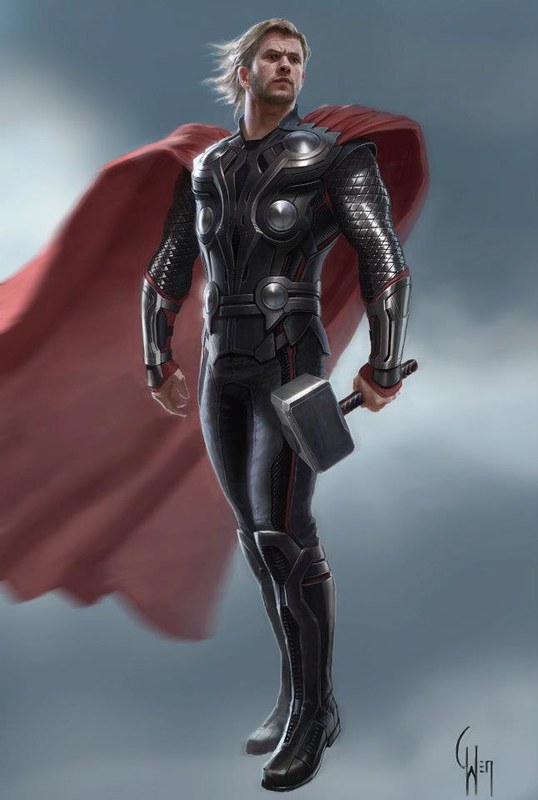 These are the powers (of Thor) granted to the wielder of Mjølnir:

This Resource is Part of a Collection